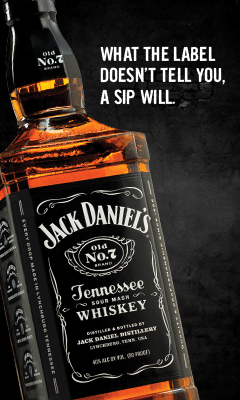 Global brand with 120 years of heritage. Produced in NZ, under the HP Bulmer Trademark, Bulmers Original has become the number 3 selling cider in NZ. Enjoyed by many backpackers, UK/Irish travellers and New Zealanders that have experienced cider overseas and recognise the Bulmer brand as an authentic European cider. Bulmers Original is easy-drinking premium cider with a full-bodied fruit flavour and a distincly reddish blush. Special bitter-sweet apples deliver a traditional taste with a tannic bite, which superbly balances the full flavour of this product.
$10.99
MORE INFO

All the goodness of an apple cider married up with locally sourced Hawkes Bay Doris Plums. Hints of plum & fruit, with sweet and tart taste, makes this one dangerously refreshing. Doris Plum Cider (4.5%) looks a seductive magenta, and has aromas of plum, apple, and grape. On the palate it's sweet, tart, and very refreshing. This cider is also gluten free.
$13.99
MORE INFO

Passionfruit Cider (4.5%) looks a pale, clear yellow, and has aromas of passionfruit and apple. On the palate it's sweet, tart, and juicy. This cider is also gluten free.
$13.99
MORE INFO

Harvest Premium Cider - The very Best of NZ style cider. Launched in 1991, Harvest Premium Cider is a NZ style cider made entirely from NZ apples giving it a light, fruity, crisp and refreshing taste. Produced in the heart of the sun-drenched Gisborne landscape, this refreshing cider is perfect in the company of good friends and fine food. ALC/VOL - 4.7%
$8.99
MORE INFO

Kiss Cherry Cider 500ml Can each

Crisp apples from the Hawke’s Bay provide both the clouds & the silver lining in this refreshing cider from Mac’s.
Previously:  $26.99 $24.99
MORE INFO

Thanks to a combination of gravity and the great team here at Monteith's Brewery in Greymouth, Cider fans have a reason to rejoice in a new refreshing drink for summer.
$19.99
MORE INFO

Old Mout Boysencider is the ingenious union of refreshing apple cider with succulent boysenberry wine - creating a drink that's the best of both worlds.
$9.99

Old Mout Pear Scrumpy calls for ripe eating pears off the tree to meet their glorious end in this rather traditional drop. With its ample taste and juicy bite, there's absolutely no doubt about the pear in here.
$9.99
MORE INFO

Old Mout Scrumpy is our own, rather effervescent take on the traditional Scrumpy recipe, with a gutsy apple flavour, to seriously satisfy a solid thirst.
$9.99
MORE INFO